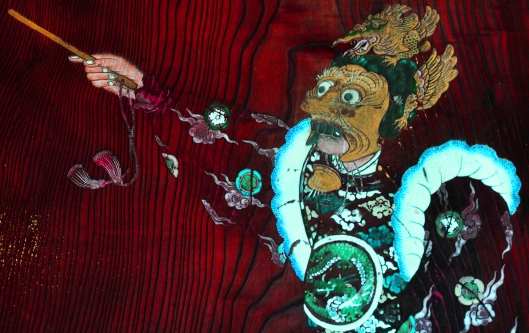 Long, long ago, in old Britain,
the Celtic people celebrated New Years Day
on what is now November 1,
so their New Year’s Eve was October 31.

In those days,
evil spirits and powerful monsters
lived just below the island’s crusty surface.

These horrible creatures from hell
rose up out of the ground
on the night of every full moon.

They would pull their slimy bodies
up through the many caves
that were found around the country.

These creatures took many different forms,
each horrendous and horrifying
in its very own way.

Some were vampire bats
that let out bloody screeches
as they flew in the dark night air.

Some were huge, hairy tarantula spiders
that would creep silently
across the cold, damp ground.

Still others were ghastly ghosts –
gaseous visions of bodyless souls
who would hunt the living for their bodies.

At the start of each year,
these grotesque inhabitants of hell
had only enough power
to climb to the earth’s surface,
but no power to do any harm.

Even the weakest young boy
could easily push them away
with a casual thrust of his small arm.

But, with the coming of each full moon,
the army of underground mutants
gained more, and more strength.

By the time of the last full moon of the year,
on the very night of New Years Eve,
Satan’s hordes of murderous soldiers
were as strong as they would ever be.

The poor, helpless people of Britain
were in the greatest danger.

The now strong spirits of the dead
were desperate to catch a living soul
before their power was again exhausted
with the coming of the New Year.

To save themselves from a horrible death,
the Brits built huge bonfires in every village.

To hide themselves from the evil ones,
they dressed in odd costumes
and hid their faces in hideous masks.

Throughout this night of terror,
the people danced, sang,
and screamed with fear
until the New Years sun was near. 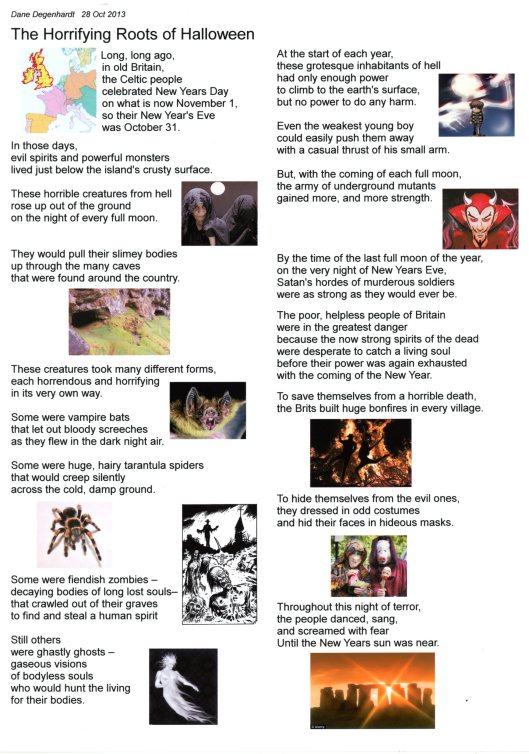 An autumn barbeque can be delicious,
Seared steaks, roasted pig, boiling hot stew,
The fire’s products are tasty, not malicious,
Till you get beyond the standard menu.

Your belly bursting          and your head aswoon, Your eyes transfix               on the blazing embers,
Standing or sitting
‘neath the Autumn moon,
The carnal heat thrills
your outstretched members.

Closer you stand, poking and prodding,
Teasing the flame into a dancing frenzy,
You succumb, body twisting, head nodding,
Plunging your soul into mad infancy.

Crimson coal and amber flame,
Pierce your eyes, singe your heart,
The feast is gone, the fears remain,
Your demon Mara, a la carte.

Mara, the Buddhist devil, said to exist somewhere deep in one's own soul.