Sumie Tsumatori is an old friend who has some strong ideas about a lot of things; a quality not often associated with Japanese people in general or Japanese women in particular. To show that such people do exist in Japan, I have rescued her latest remarks from the obscurity of the comment section to give her voice a more public forum. 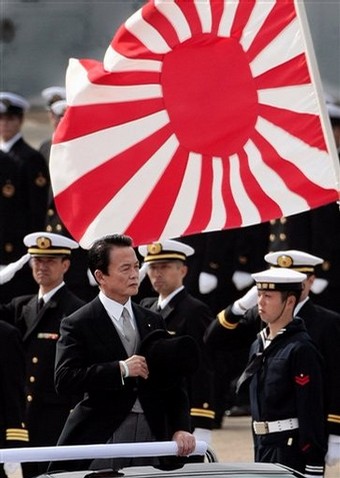 My comments on Tenno Heika, Banzai seem to have given you the impression I am crazy about the Emperor. Actually, I don’t think of myself as a strong supporter of the Imperial family. I do however, believe it is necessary to have the Emperor as an anchor for Japan and as a way for us to live peacefully in this world.

Have you ever watched a commonplace debate in the Diet? It seems like an unruly class of elementary school children. It’s crazy; the politicians, the bureaucrats and all public employees escape their responsibility, and the prime minister is constantly being replaced. The fact is, the government is dysfunctional and is only good for arguing over theories. Does anybody think about the nation and the people and how to lead them toward more peaceful and happy lives? I don’t think so. As for our foreign allies, most countries look to Japan only for money.

Because of the Emperor, not only the Japanese politicians but also politicians of other countries hesitate to take the final plunge toward their real objectives.

In this country, the rich are seen as the only worthy people and parents advise their children to do all they can to become rich; they see money as the only way to secure supremacy over others. The Imperial Family at least presents a more human ideal for the people to look to.

Because of all this, I worry that without the Emperor, Japan would return to militarism or succumb to yakuza-ism . Don’t you think that’s true?

1 thought on “A JAPANESE VIEWPOINT”